One sentence synopsis:     Colonists land on a planet occupied by a certain android.  Horror ensues.

A Note Before We Begin:  Having recently returned from my trip abroad, I am presently engaged in catching up on all the wonderful things I missed.  But as there have been a handful of movies that have come out recently that I had no intention of seeing whatsoever, I managed to threaten convince one of my cinematically-inclined associates to assist me by seeing one of these godawful phenominal movies that I simply wasn't going to have interest in time to see.  And so, without further ado, let me reintroduce to you all one of my finest contributors and collaborators over the years (and the man who, after myself, bears the most blame for the 2014 Worst of the Year Musical Showcase) , the incomparable Dr. Comrade Tortoise. 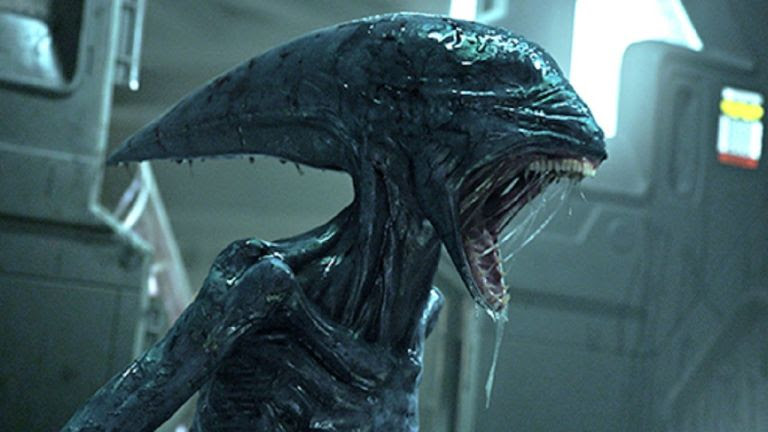 A Note from our Guest Reviewer: Hello there!  In case you hadn’t guessed, I am not General Havoc.  Instead, I am the creature (in)formally known as Comrade Tortoise.  A bit of background is in order, I think.  I need to get my Alien street cred out there.  I first saw Alien when I was two, loved the Xenomorphs, and now study vicious predatory and parasitic insects. This naturally means that when Havoc was gone, came back, and had catching up to do, I volunteered to shoulder the burden of a movie he was (justifiably, given Prometheus) nervous about inflicting upon himself.  There are limits to his masochism, ladies and gentle-beasts.

That said, I do things a bit differently.  I am scoring different aspects of the film separately, and providing a composite score consisting of the average of its components at the end, along with final thoughts.  These scores will be in the form of grades, with the final composite score being a GPA on a standard 1-4 scale. 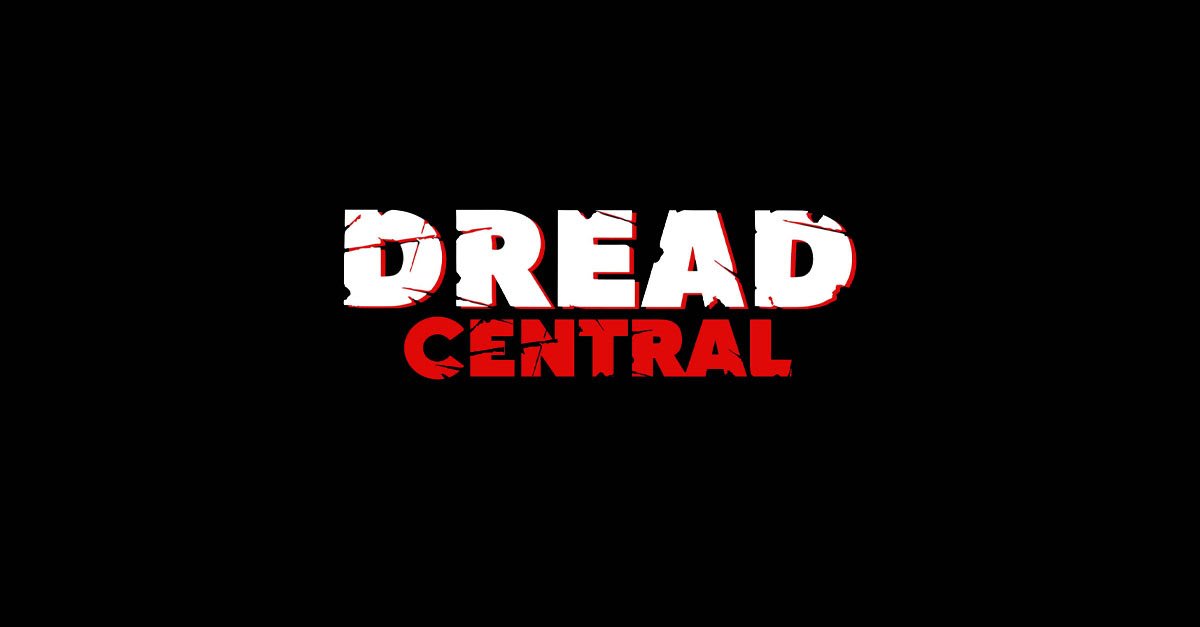 Cinematography and Visuals: A

Ridley Scott is a visual storyteller. No matter what else one might say about his films, they look amazing, and this movie is no exception to the rule.  Every shot is perfectly framed and the CGI is crisp and realistic looking, including the various creatures appearing to and behaving as if they have mass.  This is often a problem with films heavily dependent on digital rather than practical effects (as an example see The Lizard in The Amazing Spider Man) and something that was successfully dodged in this movie.  The sets (physical and CG) were realistic looking and faithful to the original retro-future look of the original film (though with some modern tweaks), everything that needed to remind us of the glory of H.R. Giger did so successfully.

Here I am defining plot as the overarching story, not the details that comprise it, but the filmed representations of the storyboard elements.  Here, without spoiling anything, it holds up pretty well.  Colony ship, things happen and decisions get made, land on planet, terrible things happen.  It is not especially creative, but it works.  There are no notable plot twists, and everything is pretty well telegraphed.  Probably too well, actually.  I was able to easily predict most of it, including the kill-order of the various characters, so for that it takes something of a hit. 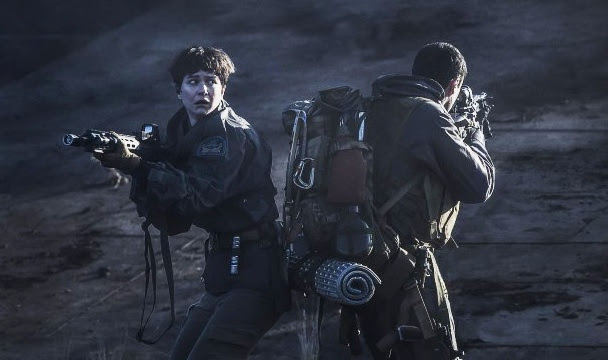 This is where it falls off.  If plot is the A to B to C of a film, the writing consists of the details that get you to the various points.  Here… oh god. The quantity of contrivance and ridiculously bad decisions that get us to the end game is awful.  Just awful.  It literally starts in the first five minutes of the film, with the shit going down that initiates the sequence of events leading to planetary landing.  It is a ridiculously improbable event.  Then the crew decides to do something reckless (landing on an uncharted system that was either passed over for colonization or *somehow* not seen in stellar surveys over the objections of the XO, and that when they arrive is horribly unsuited for manned surveys).  No environment suits. This planet just so happens to be the one planet in all the universe that David landed on… The list goes on and on and on.  In the original Alien, most people made smart decisions except where outright malice or very human concern for a friend came in.  They died anyway.  In Alien: Covenant, people make stupid decisions and you find yourself wanting them to be punished for them.  That said, the dialogue is good, and the way the film slowly reveals just how fucked up David is (even with the bad decisions of those around him) was very well done.  These things don’t give the writing a passing grade, but they do rescue the film as a whole.

Every actor did an adequate job selling that shitty writing as something their characters would do, for the most part, the performances were competent. If Fassbender were not involved, the score would be a C.  However, he was involved and managed to single-handedly elevate the performance.  His portrayals of David (and malignantly narcissistic psycho AI) and Walter (his Friendly AI counterpart) were perfection. I have to give a shout-out to the sheer terror portrayed by a shuttle pilot as well.  It was… delicious.

This movie scrapes by with a middling C, like so many slacking undergrads who will never make it into medical or law school but who may find themselves in a corporate boardroom or the oval office one day.  It was… Okay.  It had the potential to be a great film, but the writing failures and lackluster plot drag down the actors and the amazing visuals into a film so mediocre it hurts to behold.  “What could have been…” looms large in my assessment of the film..